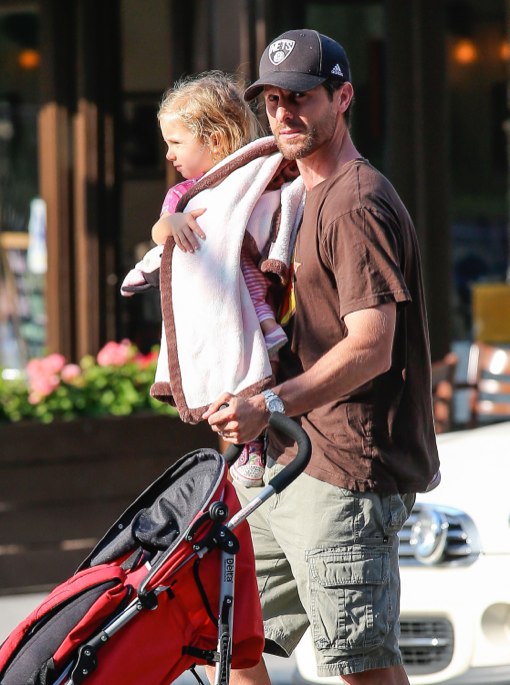 Jason Hoppy and daughter Bryn were spotted spending some quality time together while out for a walk in New York City on Sunday (June 9).

The soon-to-be ex-husband of Bethenny Frankel was dressed casually in a brown shirt, green khakis and a Mets hat while carrying the toddler.

Apparently, Hoppy wants the court to impose a gag order on Frankel to prevent her from speaking publicly about their divorce.

“[Jason] has had enough and asked his lawyers to go to court asking the judge to impose a gag order on the entire divorce proceedings,” a source RadarOnline. “He doesn’t want Bethenny discussing the divorce in the media.”

A source close to the Skinny Girl Mogul says she will fight any attempt to get the order instated.