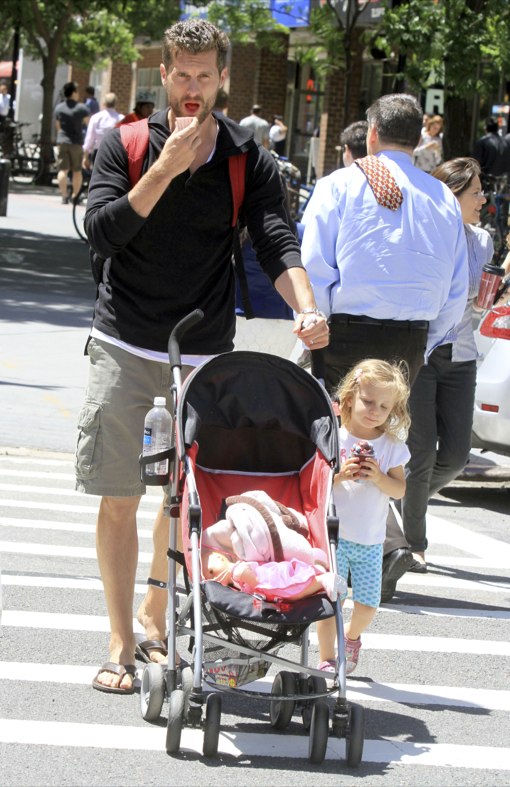 The devoted dad pushed Bryn’s stroller while eating ice cream from a cone. The 3-year-old daughter also enjoyed an ice cream walking across the busy street.

Jason has tried to spend as much time with Bryn since he and his soon-to-be ex-wife Bethenny Frankel announced they were separating.

Last week, the two had a close encounter while attending the youngsters school. The Skinny Girl mogul was seen exiting the school before Jason came to take Bryn for a stroll to a park.

Fergie Does Some Low-Key Bumping To The Studio