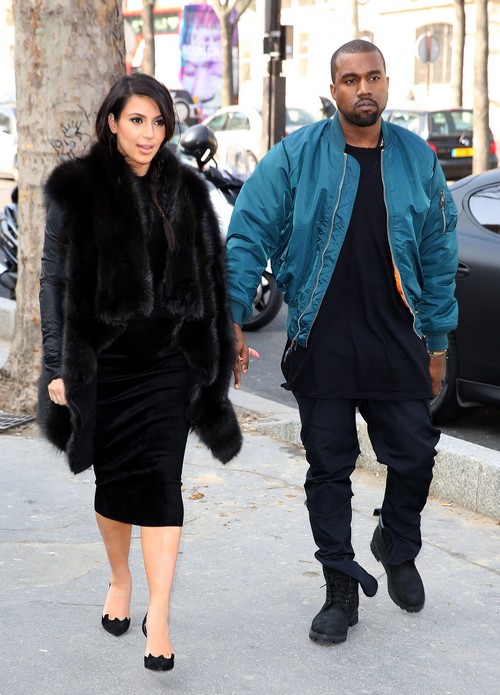 There are birthing plans and then there is Kim Kardashian‘s birthing plan. You can bet that hers will be vastly different from most anyone elses’. She and Kanye West have decided that they need absolute, total privacy (except for E!’s cameras no doubt) when their firstborn makes its grand entrance and so according to the Daily Star, they’ve already made a deal with the hospital.

”They’ve booked an entire floor at their chosen hospital and, her room will be totally sound-proofed before the delivery. She wants all outside influences and noise of traffic muted. Kim’s read that mood lighting and atmosphere are important, so she plans to reflect the sounds of nature with a trickling water and soothing wind CD.”

Apparently the thing that Kim won’t realize until later is that many times, all of those planned details go right out the window in favor of just getting that kid out! Do you think renting an entire floor is ridiculous? Where are other women supposed to deliver their babies while she’s there? I realize Kim could care less about that but still, shouldn’t the hospital?

Better yet, with all the rumors flying around about the shaky status of their not even a year long relationship, will Kanye even show up at the hospital on time to see his firstborn delivered? Kim is supposedly pretty worried about the possibility of Kanye cheating while she is pregnant. Apparently Kim knows that if she isn’t giving him exactly what he needs, he will go and get it elsewhere. That’s just the kind of charming guy that he is.

Do you think they really need the whole floor to themselves? Does she think she’s royalty? Tell us your thoughts in the comments below!

Jason Hoppy And His Daughter Byrn Out In NYC