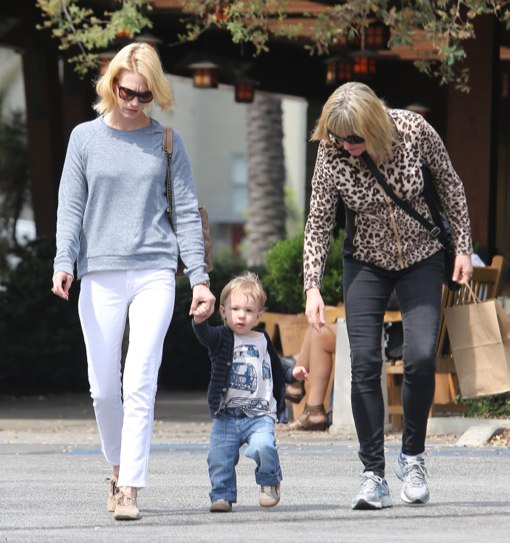 January Jones took her son Xander along with her mom Karen to lunch at Houston’s in Pasadena, CA on Monday (March 25).

The Mad Men actress wore a grey sweater and white jeans while holding 18-month-old Xander‘s hand. The toddlers grandma held his other hand.

January revealed to People Magazine last year that she ate her own placenta following the birth of Xander. The omission created a controversy and many media outlets question the ‘normalcy’ of what she did.

Now in a new interview, she says she regrets ever speaking publicly about it, but has no regrets about doing it.

“I should never have told anyone about that,” Jones says in the latest issue of Glamour UK. “But it’s not gross or witch-crafty. Nor am I putting it in a shake or eating it raw.”