Hilary Duff Takes Her Little Boy To The Doctor’s Office 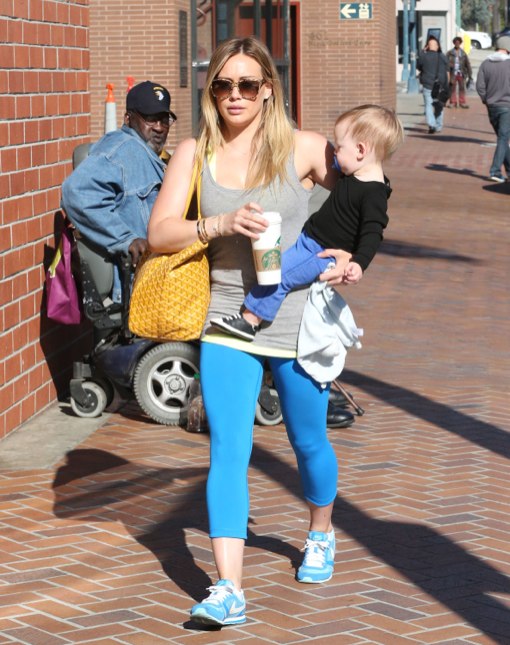 Hilary Duff was spotted taking her son Luca to a doctor’s office in Beverly Hills, California on Tuesday (March 12).

The Cheaper By The Dozen actress wore a grey tank top and blue workout ankle tights with blue running shoes while carrying the tot on her hip. Hilary also carried a large Starbucks coffee.

“Well, I officially have a walking baby on my hands! It’s hilarious . . . the wobble makes it look like he’s 3 drinks in!” the proud mom tweeted to her Twitter followers earlier in the month.