Britney Spears Is a Soccer Mommy 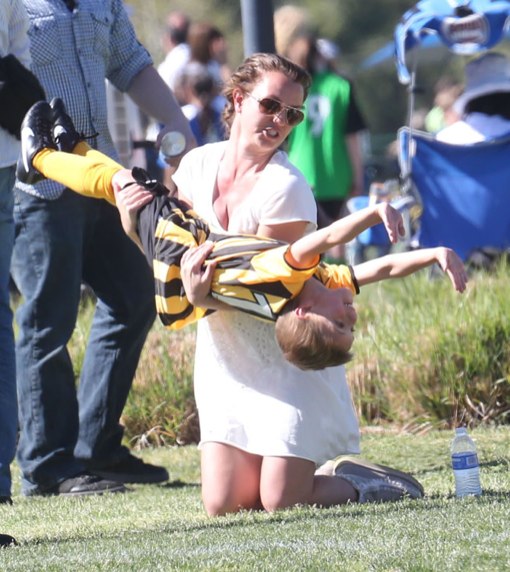 Britney Spears was spotted cheering on her sons Sean and Jayden at their soccer game in Woodland Hills, CA on Sunday (March 10).

The pop singer cheered on the sidelines with friends as she watched the game. She looked to be having a ball as she helped Jayden do a gymnastic technique during half-time.

In an interview with Harper’s Bazaar last year, Spears insisted having children had changed her focus.

“I think things through a little bit more, and I worry a lot.” she said. “I’m more straightforward, and I speak up more than I did before. When I was younger, I wouldn’t speak up as much, but now that I’m a mom, things have changed.”

Rumor is the singer will hit the studio in the near future to start recording her 8th studio album.