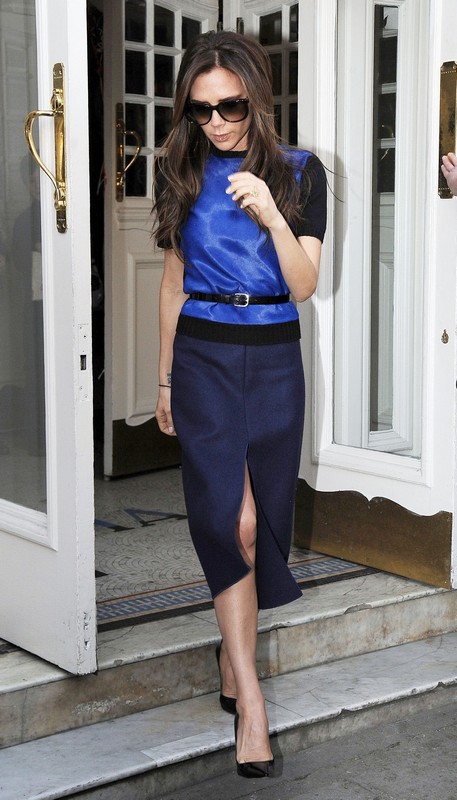 After spending 18-months with her daughter, Harper, it looks like Victoria Beckham is absolutely itching to have another daughter. As the designer prepped for New York Fashion Week she also talked to the press about the other goings-on in her life. The family has just relocated back to London so that her husband, David Beckham can play for a French soccer team and now that all of the details of the move have been worked out, Victoria is looking to future plans.

The fashion maven is said to be contemplating a Paris boutique and also said she would love to have a “Paris baby”.  Aside from Harper, Victoria is also already mom to Brooklyn, 13, Romeo, 10, seven-year-old Cruz,  While she may want the challenge of handling another baby, David is not quite as anxious. As she got ready for Fashion Week he pulled family duty with all the kids and he is now said to need a break. David also can’t imagine starting over with another baby in diapers and enduring more sleepless nights.

Victoria seems to have a way of getting whatever it is that she wants. Do you think that in her heart she really wants another little one or is that just the mommy thing of missing your baby as they begin to get more independent?  All things considered, Posh and Becks seem to be pretty involved parents, don’t you think? In spite of ridiculously busy careers they are always photographed with the kids, proving that they aren’t being totally raised by the nannies.

Is it new baby time for the Beckhams? Tell us your prediction in the comments below!