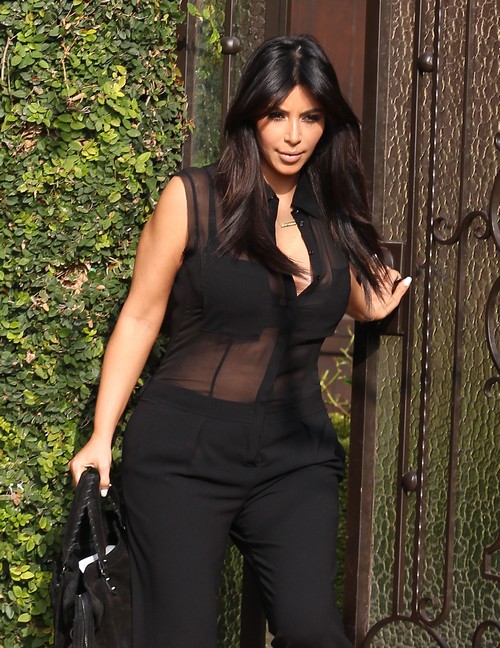 Color us surprised, not!  We knew that once Kim Kardashian became pregnant she would be trying to find ways to make $$$$ of it.  Everything is about money for the Kardashian claims after all.

Allegedly Kim has already met with her Mom Kris Jenner, her Mom agrees it would be the perfect addition to the Kardashian Kollection that sells at Sears.  Not one to stop there, Mama Kris thinks they should also launch a line of maternity clothes, cause everyone pregnant Mom wants to look just like Kim Kardashian, right?  “Kris and Kim can’t believe they’ve never thought of this before, but they would love to produce baby clothes.”This all came to Kim when she was looking at designer baby clothes and did not like any of them, she also found them too expensive.  So of course she got the brilliant emmm,,, idea that her and sister Kourtney Kardashian could come up with something much better, that would appeal to the masses and add money to their piggy bank.

Radaronline reports, “Kim discussed it with Kris who suggested they could even expand the Kardashian Kollection by including maternity clothes for young, expectant moms who want to stay fashionable throughout their pregnancy without spending a fortune on items they will likely only wear for a few months.”

Kris thinks it would be a goldmine – designer maternity and baby clothes at an affordable price at Sears, The Kardashian Kids Kollection.   What do you think CBLers would you buy baby and maternity clothes designed by the Karadshian clan?