Naomi Watts Takes Her Boy to a Birthday Party 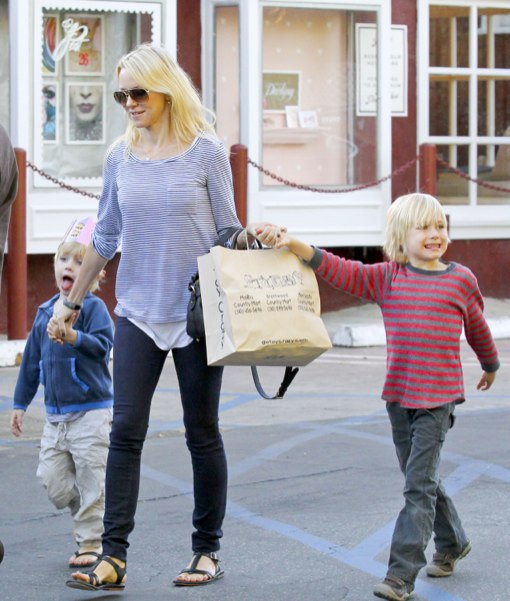 Naomi Watts took her sons Sasha and Kai to the Brentwood Country Mart to celebrate a friend’s birthday in Brentwood, CA on Thursday (Jan. 31).

The Impossible actress wore a striped sweater, skinny jeans and sandals while hold the hands of the two youngsters.

Watts has revealed that she is taking a break from her busy career so she can spend time with her two children.

Speaking of her upcoming project with Robert Pattinson and Jude Law – Queen of the Desert, the actress admitted that the film is not scheduled filming any time.

“It’s still a way’s off. I don’t know yet. Hopefully, it will happen. I just can’t travel again right now because I did a lot of traveling last year. It’s been a big year and it’s time for me to be home with the kids,” the mom told E!Online