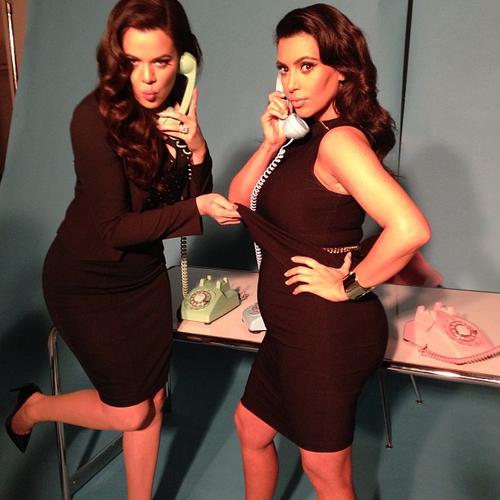 Kim Kardashian shared the first photo of her growing baby bump alongside her sister Khloe Kardashian via Instagram Thursday (January 31).

“Well hello there! #PoppedOuttaNowhere!!!” the reality star captioned the shot.

Despite having no problem showing off her bump, Kim insists she and boyfriend Kanye West will not let their future baby appear on her reality show.

“The baby is not going to be on our show. When he or she decides that’s what they want to do, then that will be a decision,” he said. “It’s a tough decision. From the start, as of now, that’s just a personal choice that Kanye and I have made. We’re going to try to keep it as private as possible.”

Do you believe her?

Naomi Watts Takes Her Boy to a Birthday Party