Christian Bale Has Lunch With His Little Mermaid Fan 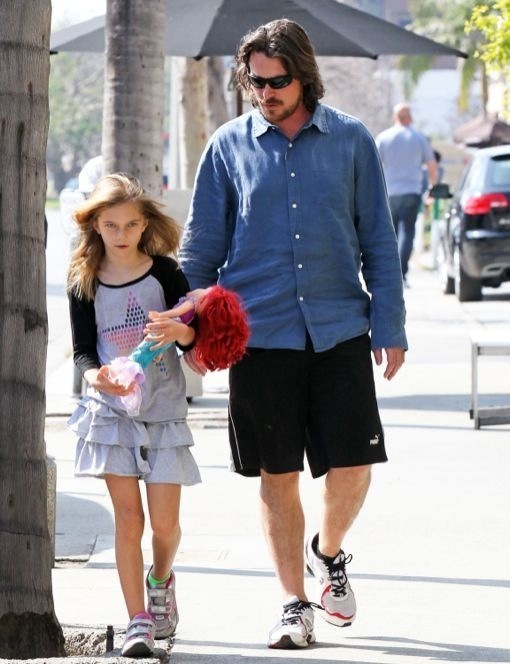 Christian Bale, his wife Sibi Blazic and their daughter Emmaline grabbed lunch at Katsuya in Brentwood, CA on Monday (Feb. 18).

The Dark Knight Rises actor was dressed casual in a jean shirt, shorts and running shoes while walking next to his daughter. Emmaline wore a baseball shirt with a grey dress as she carried an Ariel doll from the Little Mermaid movie.

According to Deadline, Bale is in talks to star in a mountain climbing disaster film. The movie will be directed by Baltasar Kormakur.

“Bale is in early talks to star in a tale based on the 1996 disastrous expedition to scale Mount Everest. Three different expeditions were hit by a sudden blinding storm and by the time it was all over, eight climbers died. The tale was first made famous by Jon Krakauer’s Into Thin Air, his first-person account of being among the lucky ones to make it back down the mountain. This film will be sourced from various books and interviews with survivors,” the website tells.

The actor just finished film Knight of Cups. A release date has not been announced.

A Newly Pregnant Fergie Touches Down In London