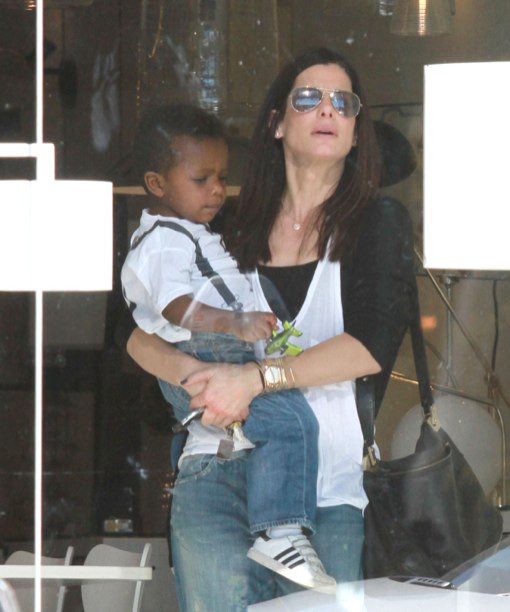 Sandra Bullock was spotted shopping with her son Louis for  light fixtures at a lamp store in Los Angeles, CA on Monday (Jan. 21).

The Heat actress was dressed casually while toting Louis around the shop. The 2-year-old held on tight to his mom while playing with a toy airplane.

On Jan. 9, Bullock was presented with the first-ever People’s Choice Award for Favorite Humanitarian at the Nokia Theatre in L.A.

“That little clip that you saw does not even begin to scrape the surface of the amazing volunteers and humanitarians that I’ve come to love in New Orleans,” the Blind Side star said. “And I’m not at all being modest when I say I don’t do anything compared to what they do on a daily basis. I am simply blessed to be able to do what I do because of what you allow me to do, and that is write a check and be a really good cheerleader and that’s it.”

The actress adopted her so from New Orleans in 2010 and has a home in the Garden District.