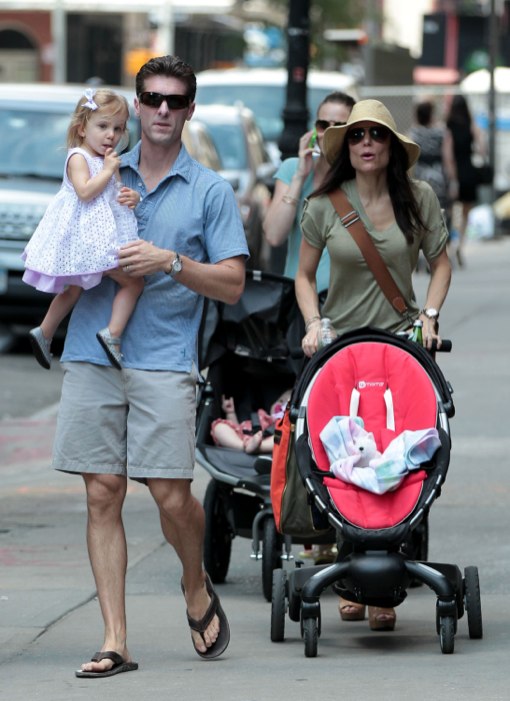 Are your ready for another ugly celebrity custody battle?

According to TMZ,  Hoppy disputes nearly every major detail from Frankel’s filing while adding a long list of requests.

First and foremost, Hoppy wants primary custody of Bryn, the couple’s 2-year-old daughter. (Frankel also asked for primary custody.) Just like Frankel, Hoppy seeks child support from his ex, whom he wed in spring 2010, and similarly asks for medical and dental expenses for himself and for Bryn.

Again countering Frankel’s own request, Hoppy seeks “exclusive use and occupancy of the marital residence” (their $5 million, four-bedroom apartment in NYC’s Tribeca neighborhood). He also asks his future ex-wife to maintain a life insurance policy on herself, making him and Bryn beneficiaries — another detail likewise requested by Frankel.

Hoppy also requests that the talk show host pays his lawyer and accountant.

Frankel’s estimated $100 million fortune earned through her New York Times bestsellers, her Skinnygirl empire and daytime talk show are not up for war. The couple signed a prenuptial agreement before tying the knot.

Lets hope they can work things out.