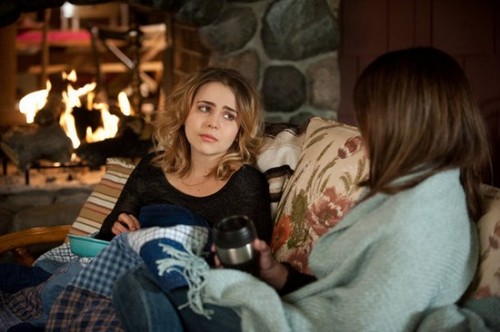 Tonight is the finale of season 4 of Parenthood on NBC.  Tonight’s final episode of the 15th season is called, “Because You’re My Sister.”  On last week’s show Victor’s adoption deadline drew near, Julia and Joel contemplated the long term effects of this decision. Renee oversteped her boundaries and intruded on Crosby and Jasmine.

Upon advice offered by Zeek  and Amber, Ryan sought to make amends with Joel. Meanwhile, Mark and Sarah discussed their relationship, concerning Hank. Kristina supported Maxwith a unique campaign.  Did you watch last week’s show? We did and we recapped it here for you!

In the fourth season finale, Jasmine (Joy Bryant) and Crosby (Dax Shepard) plan an anniversary get away and receive exciting news. Kristina (Monica Potter) and Adam (Peter Krause) prepare for the next phase of her treatment. Drew (Miles Heizer) learns the results of his college applications. Amber (Mae Whitman) and Ryan (Matt Lauria) discuss the future of their relationship. Joel (Sam Jaeger) and Julia (Erika Christensen) plan an event for the entire Braverman family.