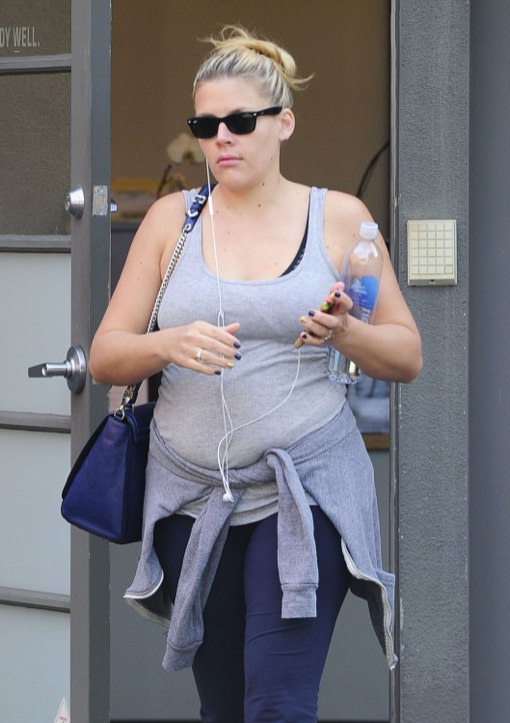 Busy Philipps was spotted leaving a gym after a work out in West Hollywood, California on Wednesday (Jan. 22).

The Cougar Town actress wore a grey tank with navy tights and a sweater wrapped around her growing bump.

On December 10, Philipps announced that she and screenwriter husband Marc Silverstein are expecting their second child.  The actress posted a picture of a Clearblue pregnancy test with a pregnant confirmation.

“So this happened…,” she captioned the shot.

Many questioned why Philipps choose Twitter to announce her pregnancy rather than release an official statement is .

“I just wanted it to come directly from me in my voice. I always hate those celebrity statements that are like, ‘We are so over the moon and overjoyed,’” she shared during an appearance on Anderson Live.