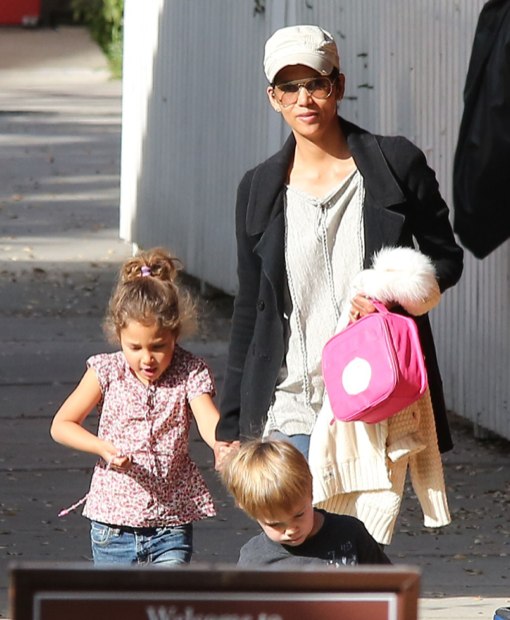 Halle Berry stepped out to pick up her daughter Nahla from school in Los Angeles, CA on Wednesday (Jan. 22).

The Cloud Atlas star dressed casually while carrying Nahla’s lunch book and sweater in one hand while holding the youngsters hand in the other.

In odd news, it’s been reported that the Oscar winner smears her bare breasts with guacamole in a scene directed by Peter Farrelly in the star-studded film, MOVIE 43.

The rumor mill took off after Farrelly told the Chicago Sun-Times that he and Berry “came up with a scene where she puts her breasts in guacamole” because the movie is a “hard R.”

However, the breasts are not really Berry’s. She used prosthetics.

“They’re so huge,” one source said. “You can totally tell they’re fake.”

The actress’ rep confirmed that they were indeed fake.