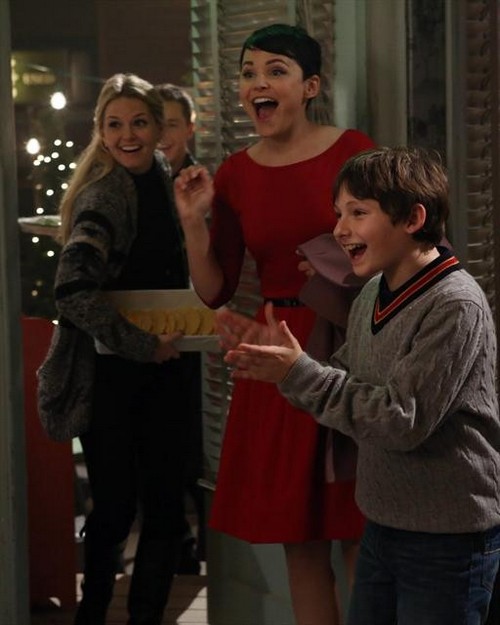 Our favorite drama-fantasy Once Upon A Time returns to ABC with its winter premiere.  It has been one long month since we last saw our favorite storybrooke characters.  Tonight’s episode is called “The Cricket Game” and  it looks like it is going to be exciting.

Last time we saw our favorite show Cora and Hook faced off with Mary Margaret and Emma in a race to secure the compass, which pointed its holder to the portal into Storybrooke. But back on the other side, Regina and Mr. Gold, desperate to keep Cora out, put a plan into action that would kill anyone entering the portal – placing Mary Margaret’s and Emma’s lives in danger as well. Meanwhile, back in the fairytale land that was, Captain Hook traveled to Wonderland and mets up with a vengeful Queen of Hearts.  Did you see the last episode before the winter hiatus?  We did and we recapped it here for you!  Head over to catch up for tonight’s episode!

On tonight’s show Regina is accused of murdering one of the town’s most beloved fairytale characters — but only Emma senses that she may be innocent. Meanwhile, back in the fairytale land that was, after capturing the Evil Queen, Snow White and Prince Charming set about planning her public execution in order to rid the land of her murderous tyranny.

While you wait for our recap check out the sneak peek video of tonight’s show below.  Make sure to come back at 8PM to watch the show with use!

ONCE UPON A TIME SEASON 2 EPISODE 10 LIVE RECAP HERE!