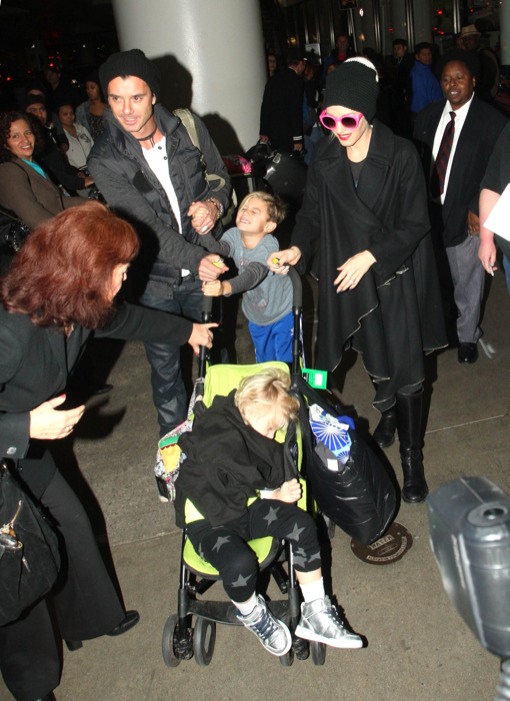 Gwen Stefani and her husband Gavin Rossdale touched down at LAX airport from a London flight with their two children Kingston and Zuma on Friday (Jan. 4).

The No Doubt singer pushed a sleeping Zuma in a bright green stroller with the help of Rossdale. Kingston followed behind, but also tried to help push Zuma when the crowd around the family became overwhelming. In the January 2013 issue of Vogue Magazine, Stefani opens up about motherhood.

“It’s super fun being a mom, but it’s not what you think it’s going to be. And it’s really gradual. At first, your life is totally the same. You have this cute little thing that you get to drive around everywhere and you’re so proud and it’s amazing. And as they grow older, it really does start tochange your life. Like, Oh, my God, they have school, they have to get through first grade, they have to learn to read. It starts getting so serious, and you’re like, Aaaaaaah!” the singer told.