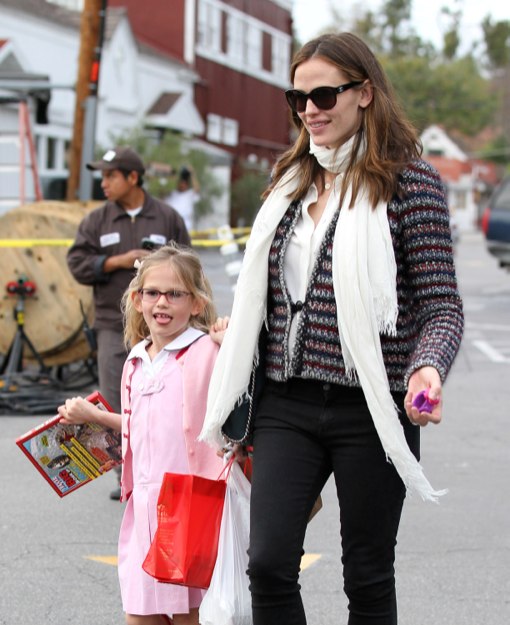 Jennifer Garner was pictured picking her eldest daughter Violet up from school before stopping by a bookstore in Santa Monica, Ca on Thursday (Jan. 24).

Wearing a tweed cardigan, black jeans and booties the Butler actress was all smiles while walking back to her car. The 7-year-old also looked happy as she had just picked up a new book entitled, Big Book of What? by Time.

In early January, Garner wrapped up filming of her new film the Dallas Buyer’s Club in New Orleans.

In the much anticipated film, sheplays Eve Saks a doc who helps HIV/AIDS patient Ron Woodroof (Matthew McConaughey) smuggle in anti-viral medications from all over the world.

While on break from filming, the actress would fly home to Los Angeles to be with her kids or have them come visit her when she could not leave the city.