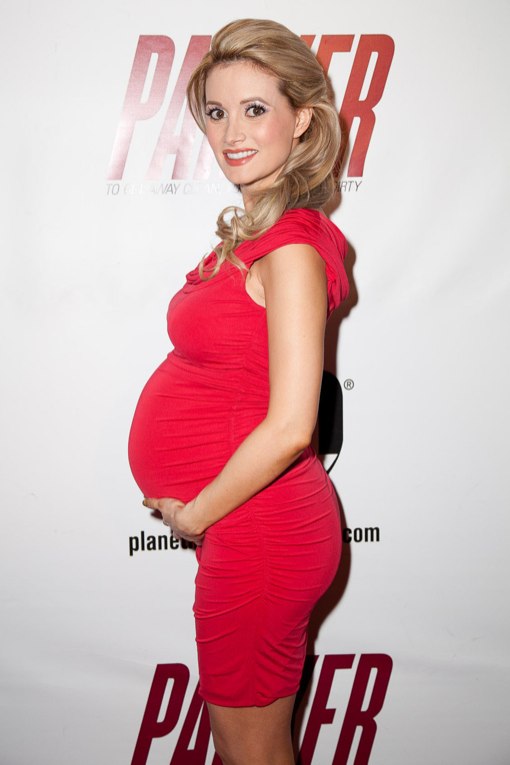 The former Girls Next Door star looked radiant in a form fitting red dress while cupping her baby bump.

Madison recently revealed that she has given up fast food since becoming pregnant.

“I think my secrets are being health-conscious and having fun with the whole change,” she explained. “I’ve been much more health-conscious since I’ve been pregnant, because I’m worrying about the health of my baby, and not just my health. Before, I was lackadaisical about my own health. I was just like ‘whatever.’ My goal was to get through the day, and do all the jobs I had to do, and try and be Miss Overachiever. Do my five Starbucks runs – I was constantly running around with this huge Starbucks coffee, and eating whatever I wanted, as long as I was somewhat in shape, and not really thinking too much about my health.”

Madison and her boyfriend Pasquale Rotella are expecting a baby girl in early March.

Alyson Hannigan Takes Keeva For a Check Up