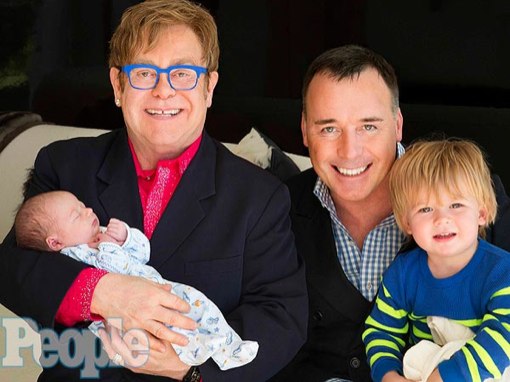 Elton John and husband David Furnish debut their son Elijah to People while posing in a family picture with the newborn and older son Zachary Jackson Levon.

The couple reveal they were both present when their little bundle of joy arrived on Jan. 11.

Adds Furnish: “I would say we feel more secure in our parenting skills now — it’s far less scary than the first time ’round!”

Elijah was born to the same surrograte as his older brother Zachary.

“She is a wonderful, kind and loving woman,” says John, who thinks of her as “part of our family.”

Congrats to the new parents!