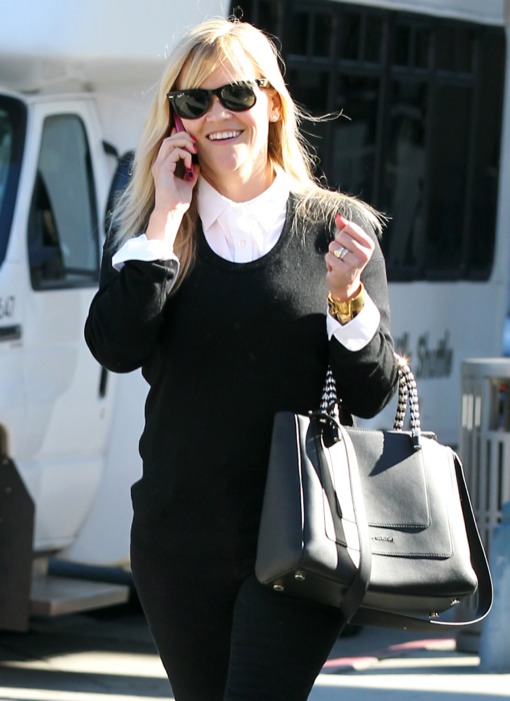 Reese Witherspoon has opened up about her 3-month-old baby son, Tennessee.

During an appearance on E!’s Chelsea Lately Dec. 25, the Academy Award winner was put on the spot when host Chelsea Handler asked her bluntly, “How did you get pregnant?”

“Umm . . . “ Witherspoon replied, giggling. “I don’t know. How do you think I got pregnant? Do you want to talk about this later? We don’t have to talk about it right now.”

Handler replied, “We don’t have to talk about it now — but I would prefer to!”

The host who is good friends with Witherspoon then informed the audience that while pregnant, the actress, “wouldn’t tell me if she was having a boy or girl.”

“Then you said, ‘I’m pretty sure someone’s reading our texts,’ and I said, ‘Please don’t text me again because I don’t want to be blamed,” Handler recalled. “Then you had the baby and you named it Tennessee and I still couldn’t figure out if it was a boy or a girl.”

Witherspoon laughed and added, “Or just a redneck!”

Calling her newborn son “super cute,” Witherspoon praised her daughter, Ava, for being a hands-on big sister: “She’s 13 and so awesome!”

Jessica Simpson Takes a Romantic Stroll On The Beach