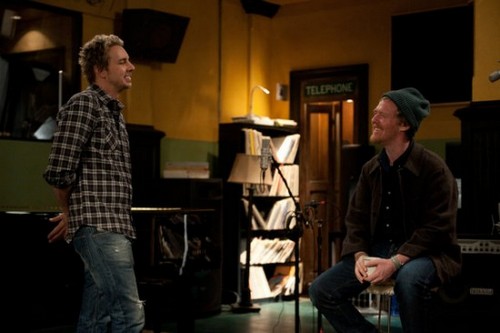 Tonight on NBC a whole new episode of our favorite show Parenthood airs called “Trouble in Candyland.”  On last week’s show Julia adjusted to her new role as a stay at home mom while supporting Joel’s ambitions. Crosby encountered a disruptive neighbor that might have threaten the future of the Luncheonette. Sarah and Mark disagree about parenting and relationship issues. Max was forced to make a difficult decision as the new student council President while Kristina and Adam encouraged him to take advantage of new experiences. Amber tried to help Ryan with his career.  If you missed the last episode you can read our full and detailed recap here!

On tonight’s show Sarah (Lauren Graham) puts her energy into helping Hank (Ray Romano) mend his relationship with his family, leaving Mark (Jason Ritter) increasingly impatient with his status in Sarah’s life. Julia (Erika Christensen) is concerned with Victor’s (Xolo Mariduena) frustration with school and seeks advice from Kristina (Monica Potter) on how to provide encouragement.

Tonight’s episode looks like it is going to be great and you won’t want to miss it, so be sure to tune in for our live coverage of NBC’s Parenthood at 10:00 PM EST!

Big Sky Spoilers: Did Anyone Die In Episode 9? Plus, Shocking Identity Of Blast…

Big Sky Spoilers: Did Merilee Legarski Kill Her Husband Rick Or Was It A Dream? Vote…