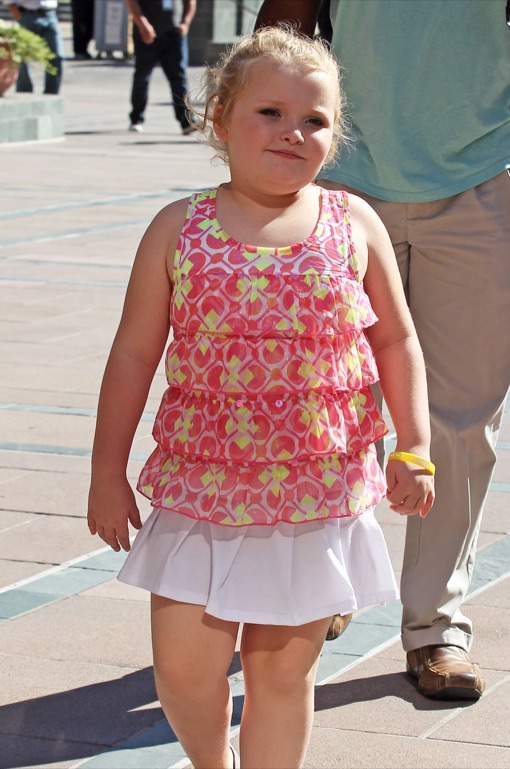 Barbara Walters redneckognizes Honey Boo Boo, aka Alana Thompson for the star that she is.

The 7-year-old TLC star has made the journalist’s annual Most Fascinating People list.

“It’s a love story,” Walters tells of the bond between Alana and her mother, June. “It’s a very sweet, loving story.”

Walters who is a fan of the pint size youngster admits that she is aware her choice to include Alana will create a backlash from fans.

“A lot of people will say, ‘For heaven’s sake, this is ridiculous, this is a child at 5 or 6 years old entering beauty contests,'” she says. “But the relationship between Alana and her mother — that’s the story, the two of them. It’s very touching.”

“Honey Boo Boo is not an obnoxious little girl. She’s sweet and loving with her mother and loving with her sisters [Jessica, Lauryn and Anna]. And now Anna has a new baby, and the baby has [three] thumbs — but so what? It’ll make you smile,” says Walters.

To see the all of Walters’ most fascinating people tune in to Walters’ ABC special on December 12 at 9:30 p.m. EST.