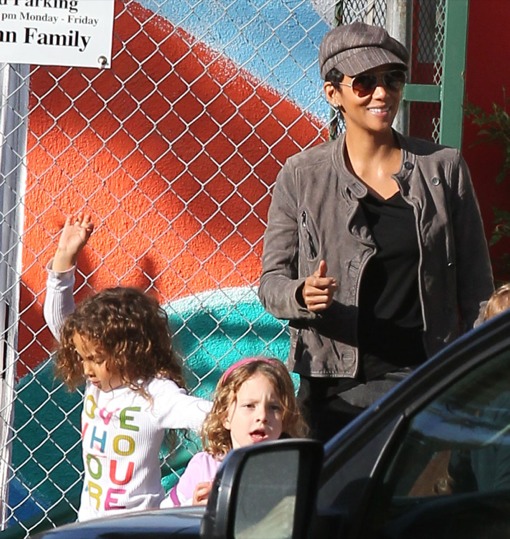 Halle Berry was spotted picking up her daughter Nahla from in Sherman Oaks, California on Monday (Dec. 3). She then took the 4-year-old to a friends house to enjoy some play time.

The actress and her ex-boyfriend Gabriel Aubry have privately reached agreement in their nasty custody war over Nahla.

“The parties have reached an amicable agreement,”  Berry’s lawyer, Blair Berk released in a statement. “There will be no further statement on the matter.”

The news comes after a Thanksgiving brawl that took place between Aubry and  Berry’s boyfriend Oliver Martinez.

Jennifer Garner Takes The Kids To Breakfast With Grandma