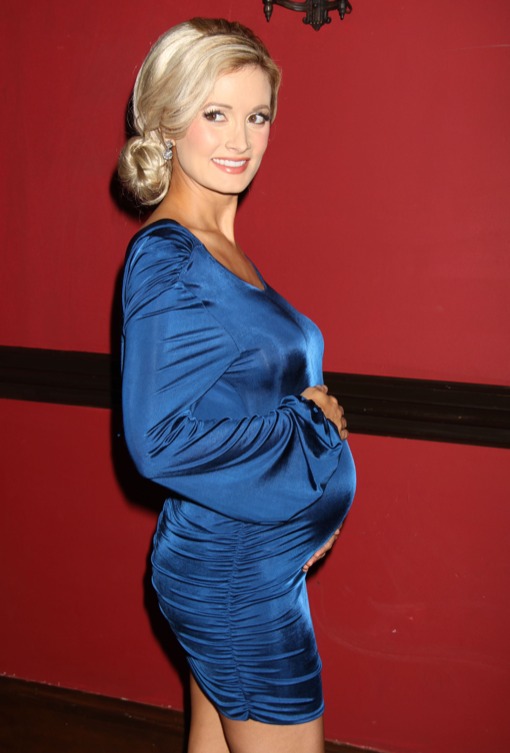 Holly Madison who is pregnant with her first child was hospitalized after suffering form sever morning sickness on Monday.

The former Girls Next Door confirmed the news via her Twitter page.

“Almost seven months and morning sickness took hold! Glad to be otherwise OK, though,” she tweeted, along with an Instagram photo of her in the hospital.

Later, she reassured fans that was going to be okay.

“Thank you for all the get well wishes! Keeping me entertained — forgot to bring a book with me,”  the star said.