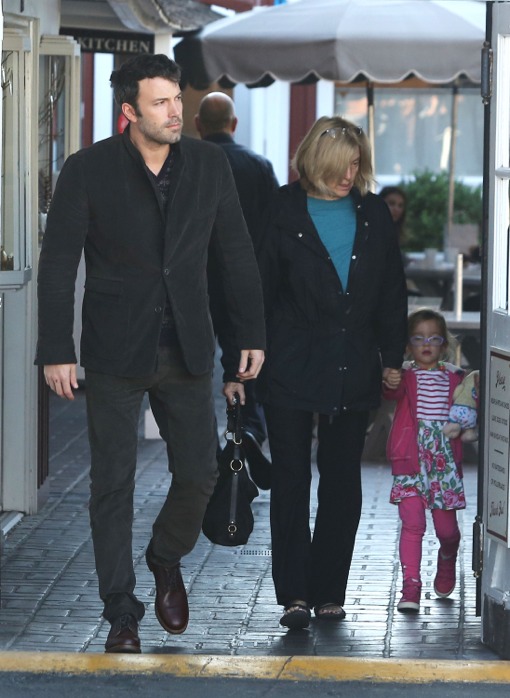 Ben Affleck took his mom and daughter Seraphina to breakfast at the Brentwood Country Mart in California on Tuesday (Nov. 11).

Affleck wore a black jacket, pants and dress shoes while his mom held Seraphina’ hand as they left the restaurant.  The 3-year-old looked cute in a striped-foral printed dressed paired with matching tights and sneakers.

Meanwhile, on the same day the Argo star’s wife, Jennifer Garner, was spotted taking their young child, Samuel out for breakfast  in New Orleans. Joined by an assistant, the mom picked up Starbucks before taking to the set of the Dallas Buyers Club to film some scenes.

Affleck made Barbara Walters‘ annual 10 Most Fascinating People list. This year marked one of his most successful career wise after directing the widely acclaimed film, Argo.