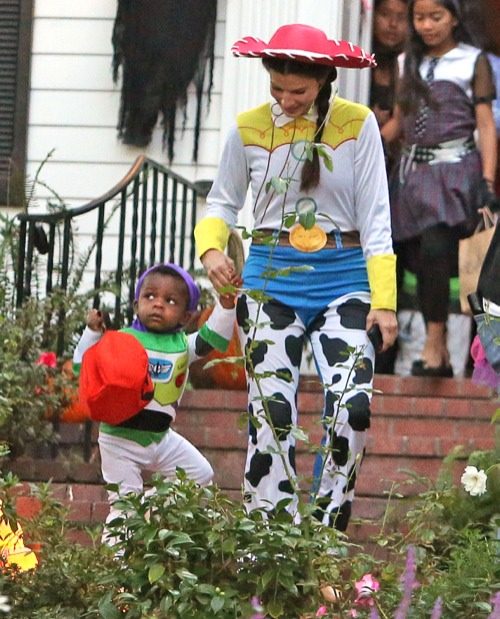 Sandra Bullock took her son 1-year-old son Louis out trick or treating on Halloween in Toluca Lake, California on Wednesday.

The duo both wore Toy Store costumes.  The adorable tot dressed as superhero, Buzz Lightyear while holding a pumpkin trick-or-treat bag. Bullock opted to dress as Jessie the female cowboy counterpart to Woody.

The Gravity actress recently made a surprise appearance on Chelsea Handler‘s E! talk show, Chelsea Lately, where she appeared in the buff during the program’s opening comedy sketch. As a nude Handler, lathered up in the staff showers, a naked Bullock approached her to tell her off.

Did you see the sketch? What did you think?