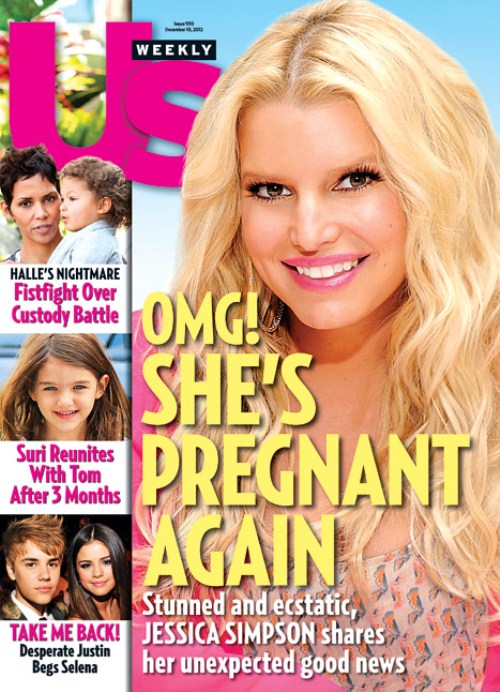 After just revealing her whopping 70 weight loss, Jessica Simpson is pregnant again.  At least according to Us Weekly who is exclusively reporting that Jessica is expecting baby number 2.

Just seven months after giving birth to Maxwell Drew, Jessica Simpson’s announcing a new bun in the oven with a glossy pic and a wide smile. She says it was an accident. Naturally. Jessica’s not exactly a planner is she?

Fiance Eric Johnson is also thrilled with the news, even though it is unexpected.  For her first pregnancy Jessica really went for it, enjoyed her pregnancy and ate what she wanted, hence the 70 lbs weigh gain.  It will be interesting to see if Jessica has learned anything about healthy eating after her stint with Weight Watchers.

To find out more details about Jessica’s new pregnancy, pick up the current issue of Us Weekly which will hit stands Friday.

Parenthood RECAP: Season 4 Episode 9 “You Can’t Always Get What You Want”