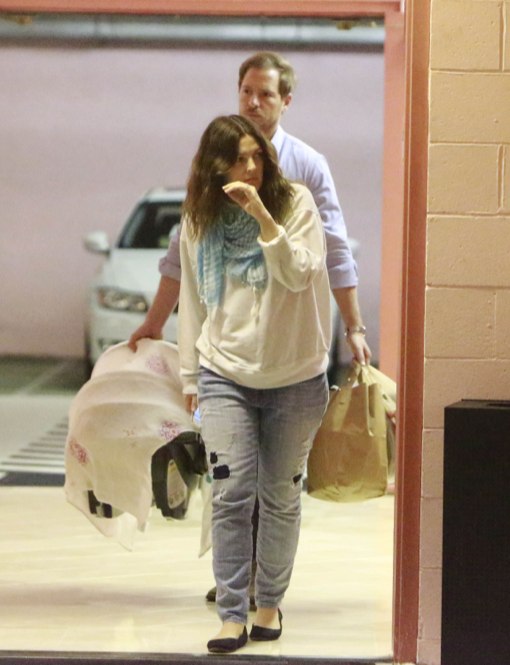 Drew Barrymore and her husband Will Kopelman stepped out to take their baby girl Olive for a check up at the doctor’s office in Los Angeles, CA on Monday (Nov. 26).

The couple kept a low profile by exiting through the garage of the builing.  Kopelman carried the 2-month-old in a car seat that was covered by a bamboo Aden+Anais blanket.

The new mom has reportedly made up with her estranged mother Jaid after long years of bitterness.

“Now that Drew is a mother herself, it really has had a huge impact on how she sees her mum. She and her mum have always had a very tumultuous relationship, there`s a lot of baggage there,” thesun.co.uk quoted a source as saying.

“But having her own child has changed all that. It has brought down her walls and made her realise how precious life is. It has made her ready to fix things with her mum once and for all,” the source added.

Barrymore developed a drinking and drug problem before becoming a teenager. Her mother was the one to expose her to the lifestyle by taking her to Hollywood parties from a young age.