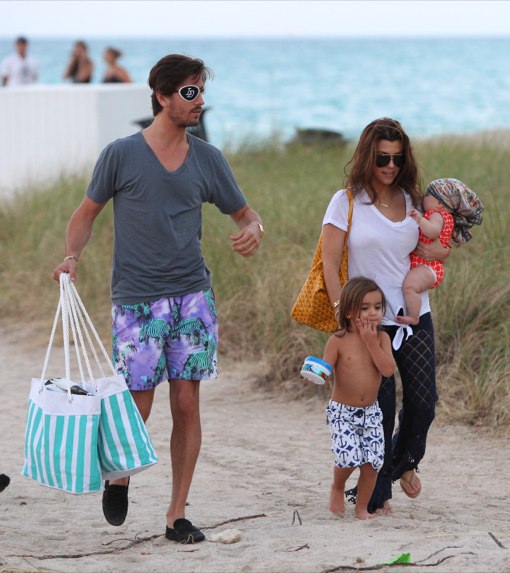 Kourtney Kardashian and her longtime boyfriend Scott Disick were spotted taking their two children Mason and Penelope to the beach in Miami, Fl on Monday (Nov. 26).

Kourtney who was being filmed for her upcoming reality show unveiled Penelope for the first time in public. The almost 5-month-old baby looked adorable in a orange and white printed bathing suit and scarf tied around her head.  Her older brother, 2-year-old Mason wore beach shorts while playing the sand.

As of recent, rumors have been circulating that the two parents are finally engaged to be married.

“We’re all so thrilled they’ve finally decided to get engaged,” Scott’s aunt, Laurie Disick dished to Star. “We’re all so fond of Kourtney, and we wish them a long, happy marriage.”

However, another Kardashian family claimed to E! that the reports are false.