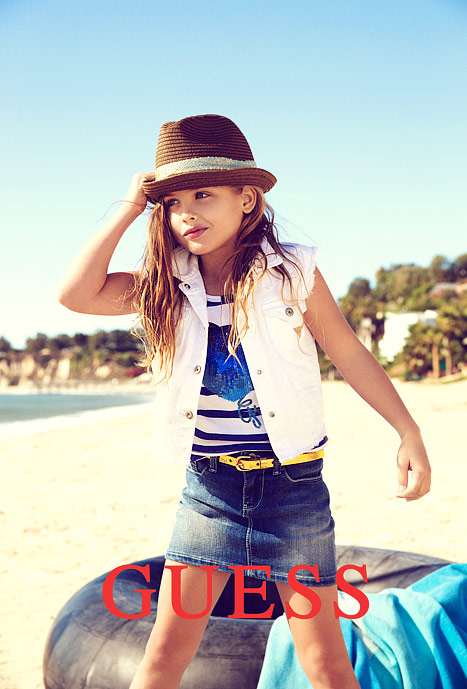 Dannielynn Birkhead is following in her moms footsteps!

The 6-year-old daughter of the late Anna Nicole Smith is making her modeling debut for GUESS Kids. The campaign which features the brands 2013 spring collection will appear in mid-January.

Dannielynn sports a denim skirt with a white denim vest and clutches her straw fedora on the sandy beach in one shot. Another black-and-white picture features the youngster leaning against a large piece of wood while looking into the distance.

The youngsters mom famously modeled for the company in the 90’s.

“Dannielynn has the same playful spirit that her mother had on a set,” says Paul Marciano, GUESS’ creative director. “She is a second-generation Guess girl, which makes this campaign a first for us.”

Anna Nicole Smith died in 2007 when her daughter was just 5-months-old. Dannielynn now lives with her father, Larry Birkhead.

What do you think of Dannielynn starting to model?

What to do When the Kids are off School