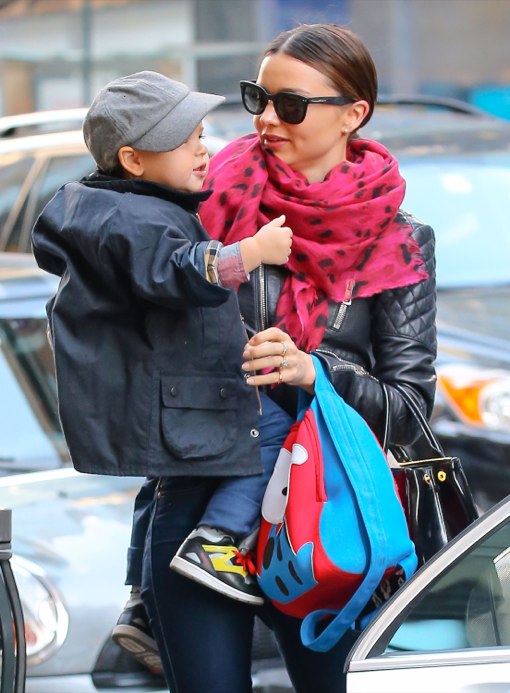 Miranda Kerr and her son Flynn Bloom were seen out in New York City on Monday (Nov. 26).The Victoria’s Secret model carried her little tot as she made her way into an office building to conduct some business.

It is rumored that Kerr might stop modeling for Victoria’s Secret following a report by Greenpeace that has allegedly exposed the company ‘s manufacturing methods.

The charity investigated 20 brands, including Victoria’s Secret, to assess whether toxic chemicals were used in their products. The report, called Toxic Threads: The Big Fashion Stitch Up, found the lingerie giant were guilty of doing so.

The model has become a champion of green products, she owns her own organic skincare line, KORA Organics, as well as being an advocate of naturally-sourced ingredients. She is also the global ambassador for Earth Hour, who are in partnership with WWF.

Jennifer Garner Bonds With Her Kids