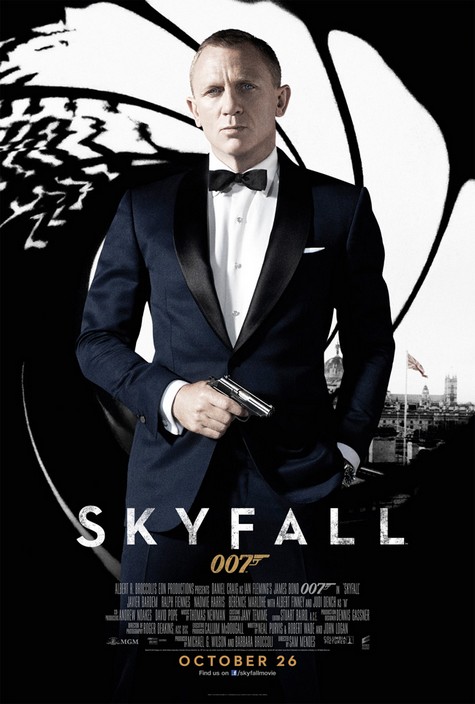 The  new James Bond film “Skyfall”  is about to be released.  Daniel Craig is back as Ian Fleming’s James Bond 007 in Skyfall, the 23rd adventure in the longest running film franchise of all time.  The cast includes Naomie Harris, Judi Dench (one Oscar, six nominations), Javier Bardem (one Oscar, three nominations), Ralph Fiennes (two nominations) and Albert Finney (five nominations).

To coincide with the release of Skyfall VisitBritain has launched a new on-line game called “Agent-UK.”  The Agent-UK game is a free on-line game and the winner of the game will win lot of awesome prizes.

1. An Aston Martin for the weekend
2. Return economy class flights to Britain with British Airways for the winner plus 1 guest
3. A set of Globe trotter luggage
4. Three nights at a luxury london hotel
5. Tickets to experience the top London attractions.

You can sign up NOW with your e-mail or with Facebook and you will be granted access and an agent number. The game kicks off October 5th, 2012 goes until 5 PM (GMT) November 2, 2012 inclusive.

How The Game Works: You are an international spy. You will be set four missions across four zones in Britain. Each mission contains four tasks. You must complete all four tasks within each mission before you are eligible for the Grand Prize draw.

To solve each task, agents are presented with clues on a Mission panel. You must identify and confirm the correct location marker on the map from the clue. The next mission will be unlocked only once the previous mission has been completed.

The Grand Prize draw will be made from those agents who have completed all four missions. One agent will be drawn at random to win the Grand Prize.

Note: All entrants must be aged 18 or over.


The terms and conditions of the contest are HERE
Disclaimer: This post has been sponsored by VisitBritain (the UK tourist board)
Continue Reading