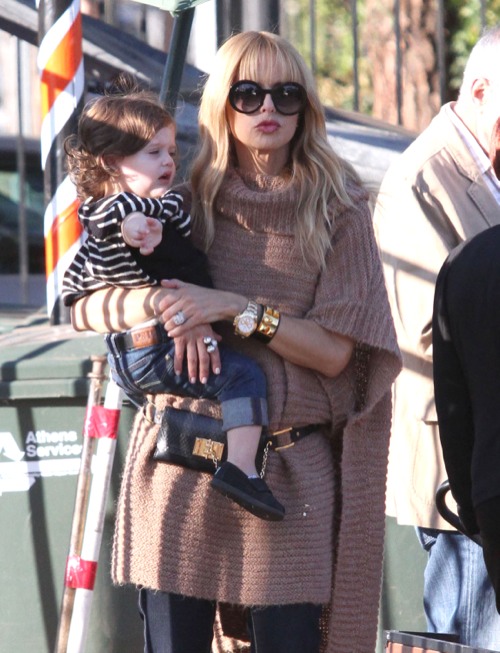 Rachel Zoe and her parents took her 1-year-old son Skyler to the Mr. Bones Pumpkin Patch in West Hollywood, California on Tuesday. The celebrity fashion stylist turned designer looked stylish in a big brown sweater and wide leg jeans as she pushed her tot around the pumpkin patch in a wagon.  Skyler wore jeans with a black white shirt as he enjoyed their day together.

The Bravo reality star has sold a single-camera comedy based on a fictionalized version of herself to NBC which she will executive produce along with her husband Rodger Berman. Specific details of the show have not yet been released.