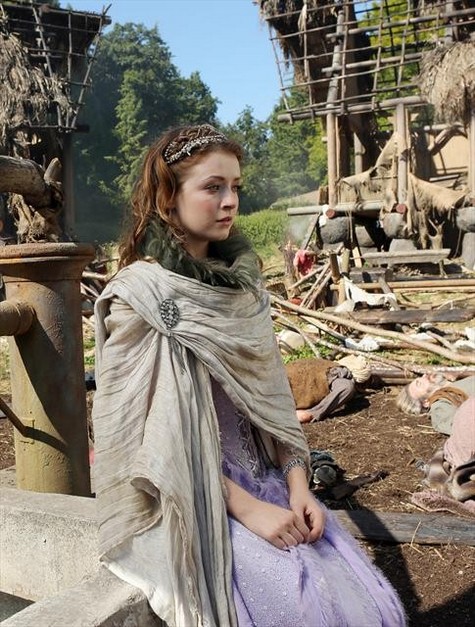 ONCE UPON A TIME airs on ABC tonight with a new episode called “The Doctor”.   On last week’s show Belle’s disgust over Mr. Gold’s continued thirst for power came to a head, and she threatened to leave him if he could not change his evil ways; the dwarves picked up their axes and tried to find fairy dust in the Storybrooke mine; and a reunion with an old acquaintance almost proved to be Belle’s undoing. Meanwhile, back in the fairytale land that was, Rumpelstiltskin attempted to save his wife, Milah, from being kidnapped by a band of cutthroat pirates.  Did you see last week’s episode? We did and we recapped it here for you!

On tonight’s show while Regina continues to try and stop using her magic in an attempt to win back Henry’s affections, she begins seeing what she believes is a ghost from her past; and when Mary Margaret and Emma discover a lone survivor from an ogre massacre, Emma begins to question whether or not he’s telling the truth.

Meanwhile, in the fairytale land that was, Regina finds herself failing at learning the dark arts from a dark master because something from her past is preventing her from using her magic for evil.

Tonight’s episode 5 is going to be exciting, and you won’t want to miss it. So be sure to tune in for our live coverage of the season 2 episode 5 of Once Upon A Time — tonight at 7PM EST!  While you wait for the recap, catch a sneak peek of tonight’s episode below!

ONCE UPON A TIME SEASON 2 EPISODE 5 LIVE RECAP HERE!