January Jones Enjoys A Day With Her Little Pumpkin 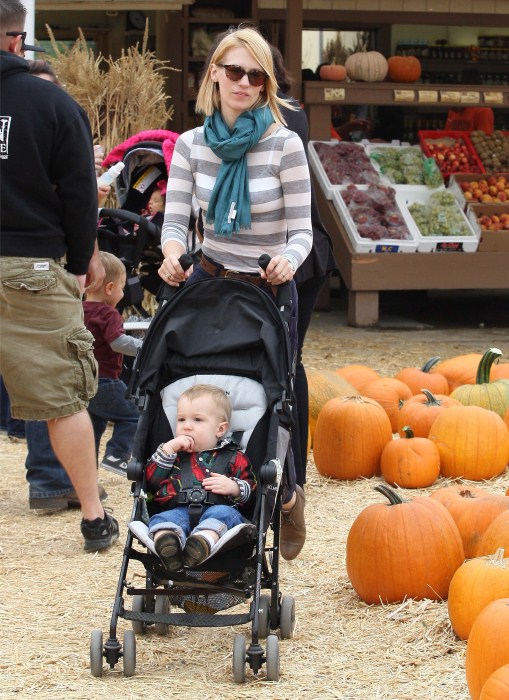 January Jones is a festive mama!

The Mad Men star took her 1-year-old son Xander to the Harvest Festival Pumpkin Patch in Los Angeles, Ca on Saturday. Jones wore a striped shirt with green scarf and kahkis while she pushed the tot in stroller around the pumpkin patch. Xander was dressed warmly in a jacket, jeans and shoes as he took in the sights.

Jones has kept busying recently filming the sixth season of Mad Men as well as chasing after her little walker. Xanderstarted walking in late September.  She bought his first pair of walking shoes at Wee Soles in Silver Lake, California on September 29, 2012.