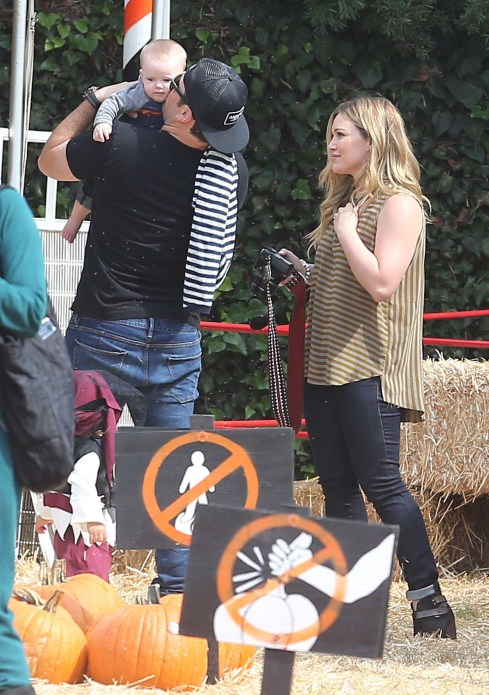 Hilary Duff and husband Mike Comrie were spotted taking their son Luca to Mr. Bones Pumpkin Patch in West Hollywood, Ca on Saturday. The first time parents dotted on Luca while they shared their first pumpkin picking day with him. The couple took turns taking pictures of each other smiling with their little man. The family were also joined by Duff’s mother Susan who happily watched Luca while his parents picked out a pumpkin.

Rachel Zoe Enjoys A Shopping Day With Her Happy Tot