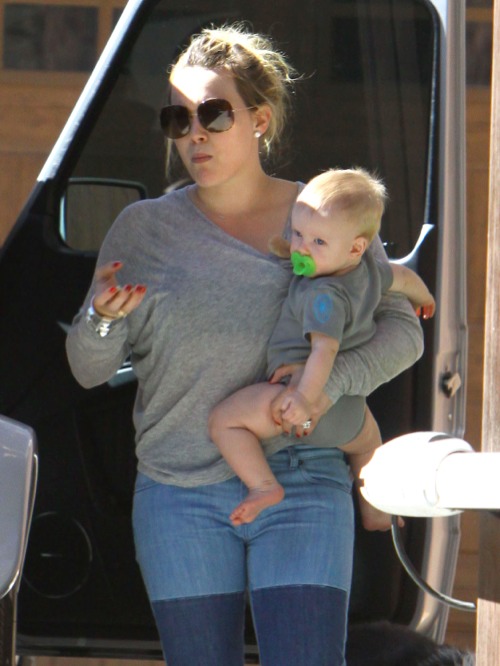 Hilary Duff, her husband Mike Comrie and their son seven-month-old Luca went to visit her Mother in Toluca Lake, California on Saturday.

The singer carried her onsie wearing baby out of the car while Comrie helped take their family dog out of the car before heading into  the house. Later the family, headed to a grocery store to pick up groceries for the week.

On Friday night, Duff and Comrie attended a Halloween party in Beverly Hills. The couple donned elaborate Day of the Dead inspired costumes which made themselves barely recognizable.

“Yaaaaa! Day of the dead crazy! Thanks startupchime,” the mom wrote on Twitter, along with a pre-party snap on Instagram.