Denise Richards Day Out With Family At The Pumpkin Patch 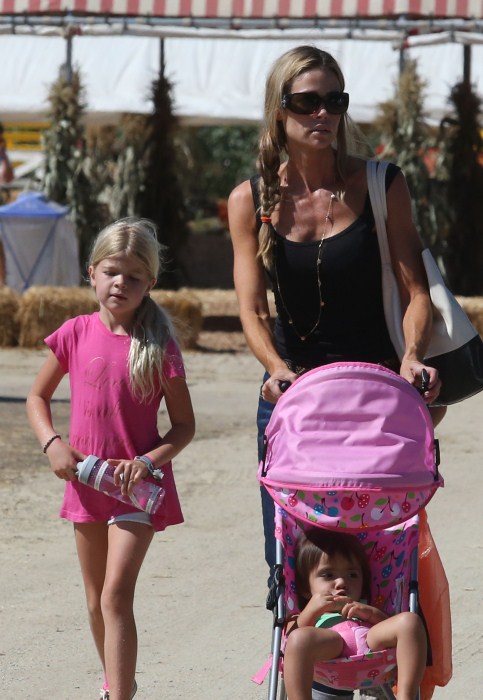 Denise Richards was spotted taking her daughters eight-year-old Sam, seven-year-old Lola and Eloise to a pumpkin patch in Simi Valley, Ca on Monday. The actress was joined by Brooke Mueller (Charlie Sheen‘s other ex-wife) who brought her three-year-old twin boys Bob and Max along for the fun. Richards pushed Eloise in a cute pink stroller while the family picked out a pumpkin.

Richards is set to make a guest appearance on the 100th episode of CW’s hit show 90201.

“I was very excited when they asked me to be part of their 100th episode. It’s a fun episode,” she said.

“I would call her very materialistic, very self-confident,” Richards who was once a character on the original show told Access of her character. “I wouldn’t say she’s mean, she has a little attitude, she’s a little sassy, which I like. It’s fun.”

“My character is the president of a very elite ladies club and AnnaLynne’s character, Naomi, is trying to get into that club. I think my character is a lot like Naomi — an older version,” she said.