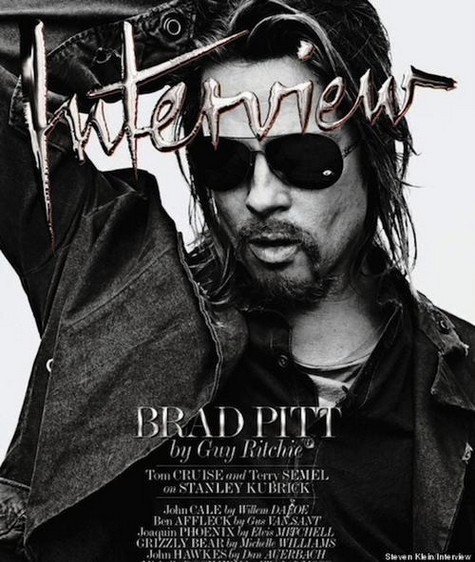 Brad Pitt might have more kids than a small civilization in the South Pacific, but the actor never backs down from placing his children and family ahead of his own career. In the October/November issue of Interview magazine, the actor opens up about what the future holds for his career and for his six children – Maddox, Pax, Zahara, Shiloh and twins Knox and Vivienne.

Pitt, engaged to super actor Angelina Jolie, wants to leave a legacy behind for his family and does not want to “embarrass them”. Don’t worry, we doubt you’ll be able to embarrass the most die-hard of families (Honey Boo Boo’s included).

He says about his future film roles, “I want it to be worthy of enough of a story to leave the family, you know? They’re everything. The family is first. I also don’t want to embarrass them.” The actor also opens up about the quality of people in his life, work and projects, “Even more, as I get older, it’s about the company that I keep. That’s the most important thing to me – that if I’m gonna spend however long it takes to make a movie, give up 14 hours a day for however many weeks or months, then it’s very important for me to know that I’m working with people who I respect and enjoy and that we’re going for something together. That’s it really.”

Until such time, we’re treated to the daily shenanigans of the Pitt/Jolie family and that adorable civilization they call “kids”.