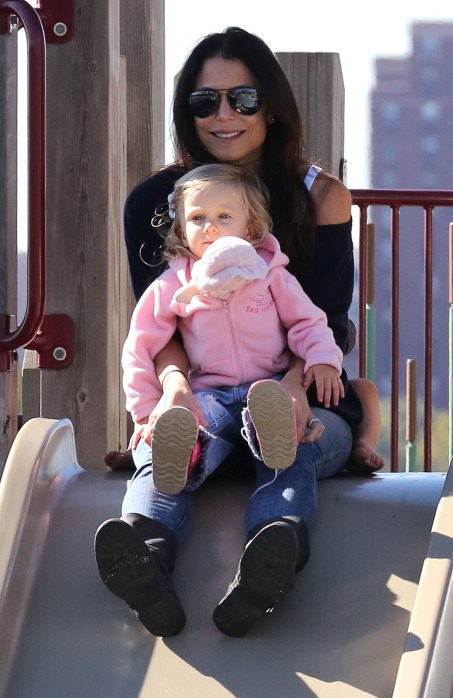 Bethenny Frankel and her 2-year-old daughter Bryn spent a fun-filled day together in New York City on Friday.  The reality star wore a black shirt and jeans with black boots as she joined in on some playground fun with her little tot.  Bryn was dressed warmly in a pink sweater, jeans and boots while lifting herself up on the monkey bars.  Later, Frankel held Bryn while they slid down a slide.

On Thursday, Frankel visited The Ellen DeGeneres Show to announce that her talk show Bethenny will be go national in the fall of 2013. Produced by Ellen DeGeneres’ company, A Very Good Show Productions, and with DeGeneres and Frankel as executive producers, Bethenny relies mainly on the host’s appeal among stay-at-home moms.

The show originally debuted in June 2012 for a six-week test on Fox-owned stations in New York, Los Angeles, Philadelphia, Dallas, Phoenix and Minneapolis.

Rachel Zoe Enjoys A Shopping Day With Her Happy Tot