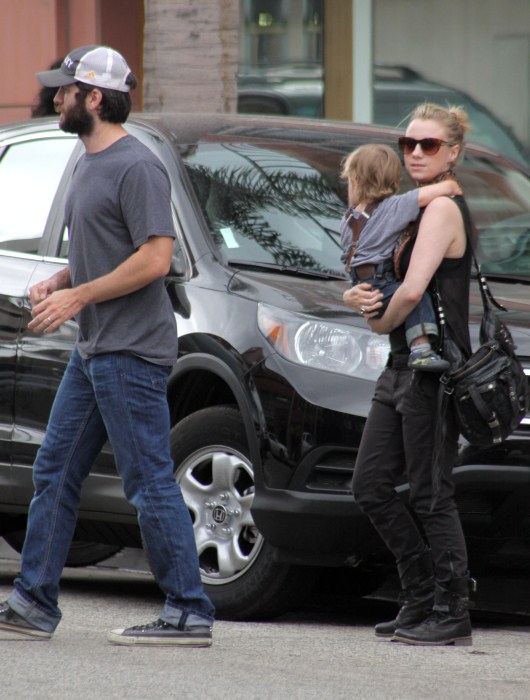 The Hunger Games star Wes Bentley and his wife Jacqui were spotted out with their almost 2-year-old Charles while making a stop at Anastasia in Beverly Hills, Ca on Thursday.  Bentley wore jeans and a casual top as he walked in front of Jacqui who was holding Charles.

The Actor was reportedly denied entry to Canada due to a four-year-old drug bust. As a result he was unable to attend the Toronto Film Festival and promote his latest film, The Time Being.

“Wes really wanted to go to the Toronto International Film Festival premiere of his movie and had his team contact the head of TIFF to try and pull some strings with the government,” an insider told Radar. “There was nothing anyone could do. Wes was really upset and felt awful about not being able to partake in the promotion of the film.”

After his career making performance in the classic American Beauty the star became addicted to drugs and alcohol and eventually filed for bankruptcy to dig himself out of a six-figure credit card debt. He hit an all time low when arrested for possession of heroin back in 2008. Fortunately, Bentley has since recieved treatment and gotten clean of drugs.