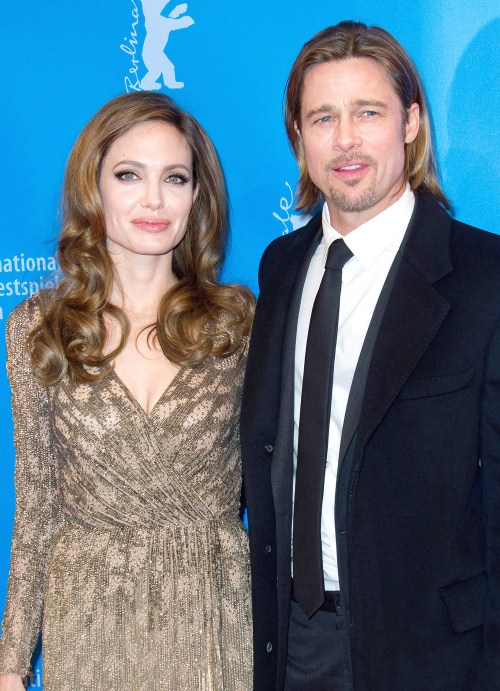 Angelina Jolie and Brad Pitt who raise six children together, Maddox, Pax, Zahara, Shiloh, Knox and Vivienne admits she and Brad take on different role when it comes to raising their family.

In an interview with British magazine OK!, the actress admits Brad is lenient on their girls while she is more lienant on the boys.

“We can’t figure out why that is. Maybe it’s because I know women. It’s Freudian. I see them and I recognize them – I know what you are doing. So I think the girls will walk all over Daddy and he is going to love it!”

Despite the engaged couples busy careers they manage to co-ordinate their acting and charity work to ensure one of them is always with their children.

“When he [Brad] is shooting a film, I am not filming and I’m home and I’m just focusing on the kids and on occasion I take trips and do my UN work,” Jolie revealed. “Then when I’m working, he does the same.”

Jolie also reveals that family plans to travel during the holidays rather and she feels that is the best gift to give her children.

“I love to travel in the holidays, because I feel like I’d rather give the kids the gift of a new country than a box of presents. But I still give them some presents!” she laughed.