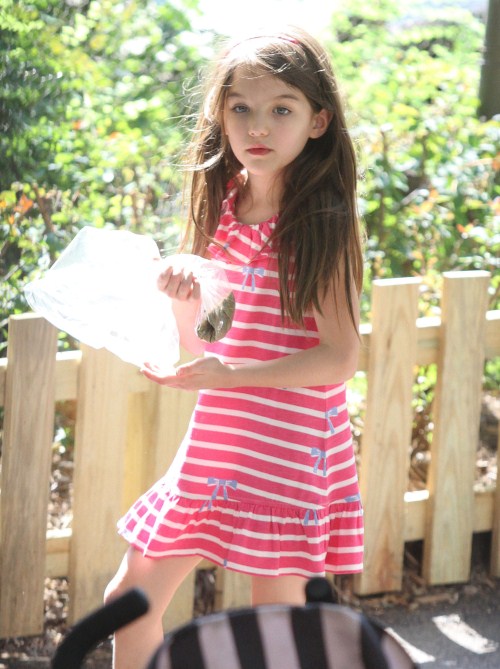 The six-year-old daughter of Katie Holmes and Tom Cruise has reportedly been signed up to to learn Mandarin at her new school Avenues in New York City.

“Suri is going to be learning Mandarin. She is in the program for the Lower School which focuses on Chinese, and this is a great foundation for her,” a source said.

It is part of a series of “world schools” and will also have branches in China, India, Africa and Europe, along with other US cities.

Apparently, Suri is fitting right in with the other students at the $40,000-a-year private school which has a rooftop playground, along with a main gym that includes full-size basketball and volleyball court.

“In school, Katie is so nice and talks to the parents like everyone else,” says a source at Avenues. “She’s making sure Suri is doing well and Suri has had a few playdates with new friends from school.”

How do you think Holmes is doing with Suri since leaving Cruise?