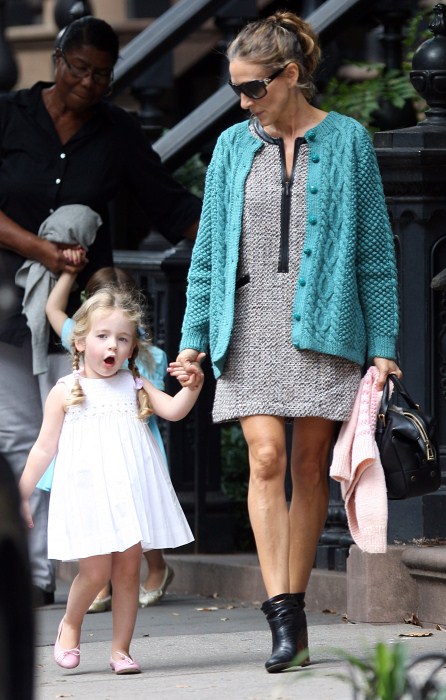 Sarah Jessica Parker was spotted taking her daughters out for the day in New York City, NY on Sunday.  The actress wore a tweed dress with a blue sweater as she helped twins daughters Marion and Tabitha into a waiting car. Marion was pictured holding Parker’s hand while wearing a white dress. Tabitha wore a blue dress as she followed behind with a nanny.

The ‘Sex and the City’ star and husband Matthew Broderick are selling a their Greenwich village property in Manhattan they bought for just under $19 million in March 2011. The couple never actually moved in following their purchase due to a lack of privacy at the home. The luxury pad features six bedrooms, including a master suite that takes up the whole of the fourth floor. The couple are asking for $25 million.

Smart Mom Savings At Ebates: Where It Pays To Shop