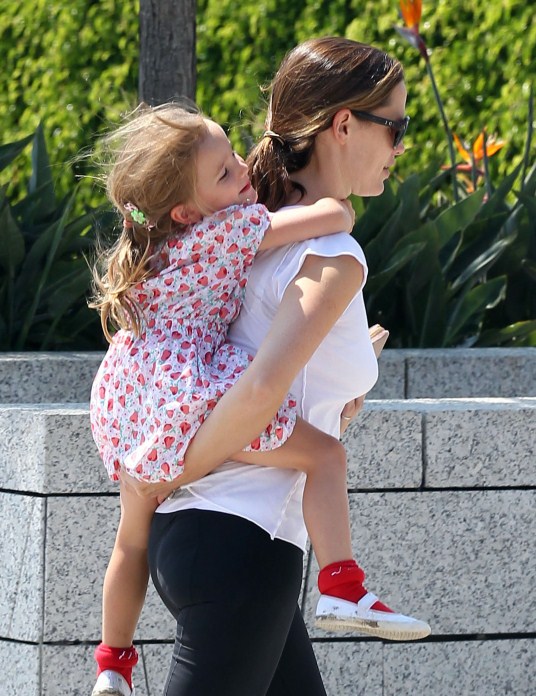 Jennifer Garner was spotted taking her daughter Seraphina to the police station in Santa Monica, Ca on Monday. The actress who was dressed in workout attire gave Seraphina a piggyback ride as they made their way into the station. The three-year-old tot looked adorable in a red printed dress with matching socks and white flats.

Garner just returned from the Toronto Film Festival where her husband Ben Affleck was promoting his latest project Argo. The film in which Affleck directs and stars in is based on the true story of a CIA operative who concocts a risky plan to free six Americans who have found shelter at the home of the Canadian ambassador during the Iranian revolution.