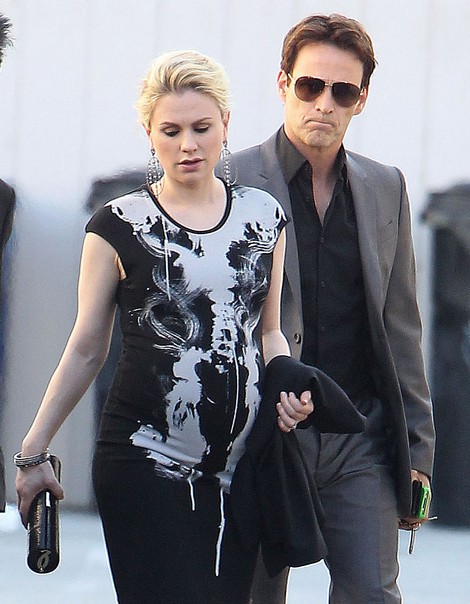 True Blood’s Anna Paquin, 30,  and Stephen Moyer, 42,  welcomed twins today.  The twins are born early but both Mom and babies are doing well.

People has the scoop on the story, “We can confirm that Anna Paquin and Stephen Moyer recently welcomed their twins into the world,” reps for the actors tell PEOPLE exclusively.“The babies were born a few weeks early, but are in good health and both Mom and Dad are overjoyed.”

This is the first child for Anna and for the the couple.  Stephen has two children from a previous relationship, a daughter Lilac, 10, and a son Billy, 12.

The couple who play Sookie Stackhouse and Bill Compton on HBO hit series True Blood met on the set.   Anna and Stephen married in August 2010 in Malibu.

Congrats to the happy couple on the birth of their new twins!