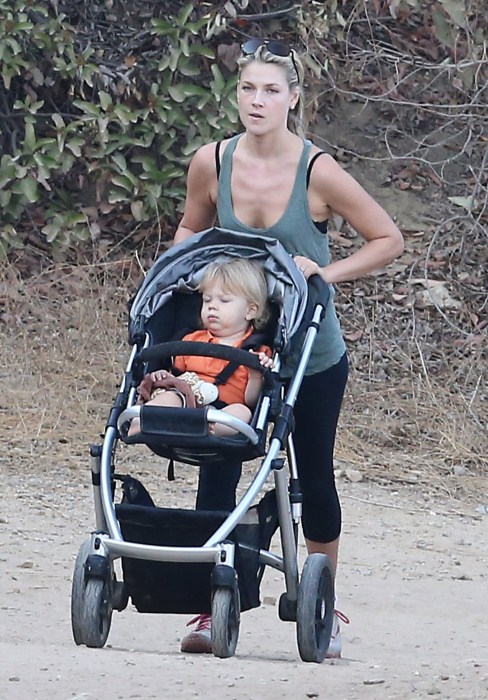 Ali Larter and her 14-month-old son Theodore were spotted at Runyon Canyon in Hollywood, Ca on Tuesday.  The actress looked athletic in a green tank with black tights and sports bra as she carried a healthy drink while pushing Theodore up a hill. Theodore played with a toy and took a small nap while relaxing in his stroller.

Little Theodore often joins his mom for her hikes at Runyon canyon.  Larter has said she tries to include her son in her workout because she barely has time for exercising now that she is a mom.

“As a new mom, time is of the essence, I’m busier than ever, and exercise has gone down to the lowest priority,” Larter told OK! magazine recently.