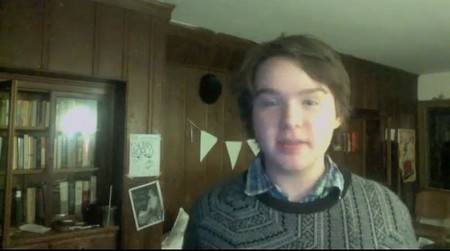 The 75-year-old Warren Beatty is going to be a grandpa. How? You might ask. What? You might scream. Say it isn’t so! You might cry. Yes, yes, yes.

Warren’s transgender son Stephen Ira recently revealed his shocking baby plans to his parents and to the world. He posted on the transgender site wehappytrans.com, “I am going to have babies! And give them onesies with ‘This Is What a Transfeminist Looks Like’ on them.’”

Stephen was born as a girl named Kathlyn Elizabeth, but followed the path of so many other transgendered people and told his parents that he wanted to live as a boy at the age of 14, which is not an abnormal age to realize this.

The National Enquirer recently reported, ““Stephen stunned his parents when he told them he wanted to live as a boy, and again when he had his breasts surgically removed,” a close source told The Enquirer. “Warren and Annette had a very difficult time dealing with it all, but they finally came around. Now they have to deal with Stephen’s latest ‘surprise!’”

He attends the prestigious Sarah Lawrence College in New York and is currently dating Liam October Brian, who recently graduated. Stephen has since his confession been planning to undergo a full sex-change operation, but he has changed his mind and wants to experience giving birth.

The source adds, “Warren and Annette have accepted things they never even dreamed they could, but they were floored when they heard about Stephen’s parenting plans. Warren is OK with the idea of becoming a grandparent, but it’s bound to take some time to come to terms with the idea that someday he’ll have a pregnant son.”

Hey, as they say, whatever floats your boat! Who are we to judge?